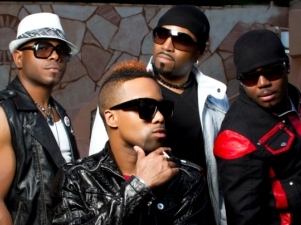 Blackstreet is a world renowned multi-platinum Grammy award winning R&B group co-founded in 1991 by Music Producer Icon Teddy Riley who is the architect/creator of the genre New Jack Swing who also has more than 700+ major credits to his name and Chauncey Black who has been highly instrumental for the group’s success with debut album, Blackstreet, was a platinum- selling featuring the singles “Booti Call”, “Before I Let You Go”, and “Joy” two of which were Top 40 hits (“Before I Let You Go” hit the Top 10). The follow-up, 1996’s Another Level LP was a breakthrough success due to the top single “No Diggity” a No. 1 hit on the Billboard Hot 100 in November 1996, and won the 1998 Grammy Award for Best R&B Performance by a Duo or Group with vocals along with the Top 40 hit “Don’t Leave Me” which was a big hit in 1996. The LP Another Level eventually went four times platinum in the United States and peaked at No. 3 on the Billboard chart.

The legendary hit song “No Diggity” is ranked at No. 91 on Rolling Stone & MTV: 100 Greatest Pop Songs, is currently performed around the world by various artists at venues including final contestants on the 2012 X-Factor and was most recently the selected hit song for the box office movie Perfect Pitch. Currently “No Diggity” remains on the top 10 R&B Charts on iTunes.

Today the iconic R&B group Blackstreet with founding member Teddy Riley and original group member Dave Hollister consists of new member Lenny Harold, who under his old moniker “Chanj” was the final winner of the late-night TV Talent Show; Amateur Night At The Apollo, sang tribute to Patti Labelle, Smokey Robinson, and Berry Gordy. He also performed for the Apollo’s Theatre’s 75th Anniversary and received numerous achievement awards for his volunteer work in his home town, as well as, received the key to the city of Newark, NJ.
New member Tony Tyler, a perfect pitched vocalist who grandly secured numerous posts in various gospel choirs in the southeast region since age 9, has been acknowledged for his deep velvet alto/second tenor voice with his R&B blended influences together under the command of his astonishing vocal technique. In 2007, he received The Levite award for his commendable vocal performance.

In this new lineup Teddy Riley also presents a legend in the making known as J- Stylz. Currently, singing, writing, and touring with the newest reprise of platinum selling group Blackstreet, J-Stylz is also recording their latest studio album with Teddy Riley. As an engineer, singer, song writer, producer, vocal coach, and entrepreneur, J-Stylz has much to offer today’s music industry.