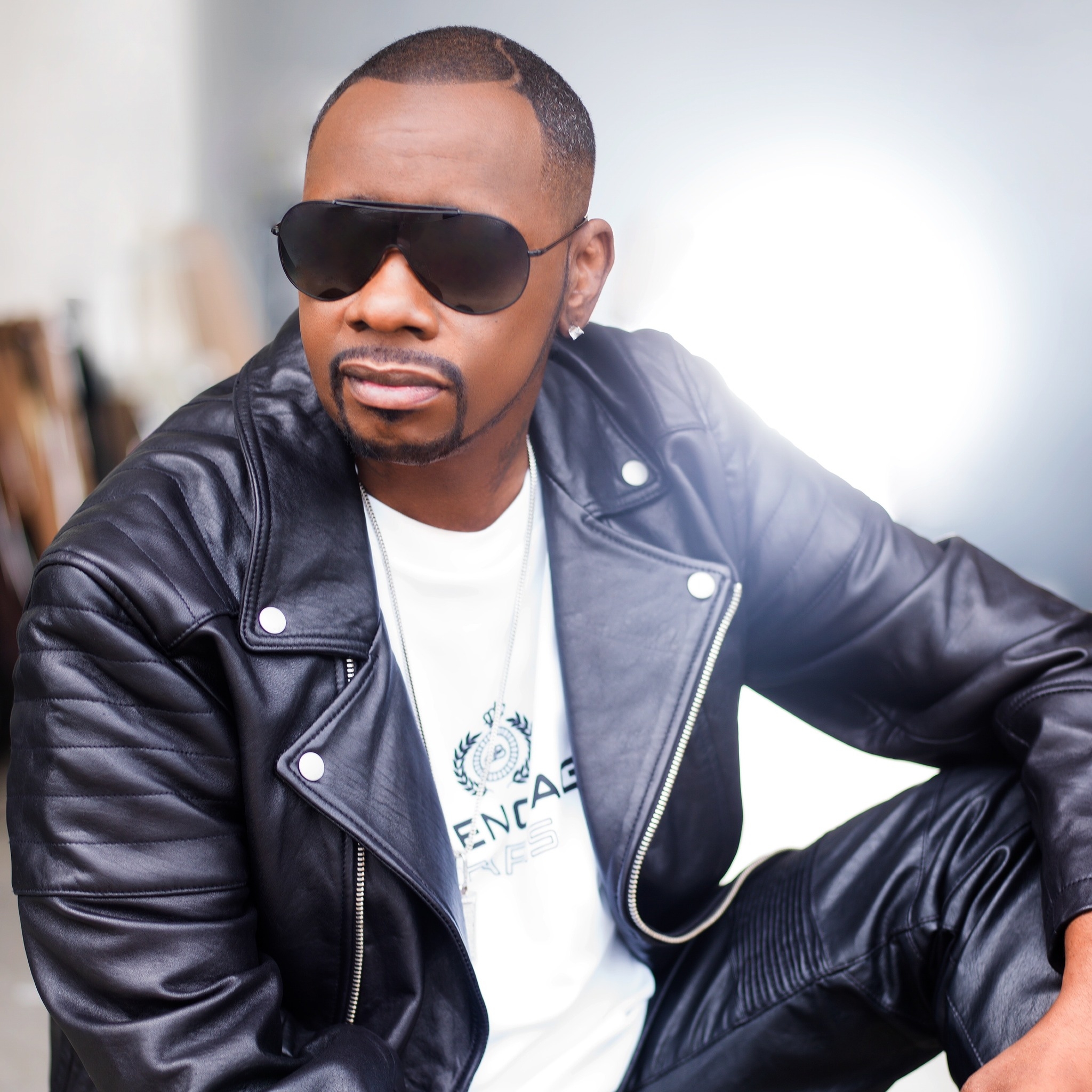 K-Ci Hailey is no stranger to the gift of music. A vocal powerhouse, the Grammy nominated singer/songwriter rose to fame with multi- platinum selling albums and classic hits songs, as lead singer of the critically acclaimed, multi-platinum R&B group “Jodeci” and one-half of the soulful duo, “K-Ci & JoJo.”

K-Ci began his career in music, at the age of 12, as the lead singer of his father’s gospel group, Little Cedric and The Hailey Singers. The group’s first album, Jesus Saves (1983) made the Billboard Top Gospel Albums chart reaching #4.  They released two more albums, God’s Blessing (1985) and I’m Alright (1987).

In 1990, K-Ci and his younger brother, JoJo, teamed up with the Degrate brothers, Devante and Dalvin to form Jodeci.  The group travelled from North Carolina to New York in search of a record deal where they caught the ear of legendary music mogul Andre Harrell, who quickly signed the group to his Uptown Records label. Known for experimenting with various music styles not typical in R&B, they embarked on the music scene with a formula, not typically associated with R&B, mixing hip hop soul, gospel and new jack swing. They quickly made their mark as chart-toppers, dominating the music scene with an edgy sound distinctly their own.

Jodeci released three platinum albums, Forever My Lady, Diary of a Mad Band and The Show, The After Party, The Hotel, and went on to win three Billboard Awards in 1992 and two Soul Train Awards, in 1992 and 1994.

In 1994 K-Ci covered a soulful rendition of Bobby Womack’s classic, If You Think You’re Lonely Now which was featured on the movie soundtrack “Jason’s Lyric.”  In 1996 he and JoJo teamed up to record How Could You for the film soundtrack “Bulletproof.’  That same year the brothers split from Jodeci to record as a duo.   Their debut album, Love Always, was certified 3x platinum.

The same year they collaborated with Tupac Shakur on How Do You Want it, a double-sided single with #1 Billboard Hot 100 hit California Love.  They also joined brothers Babyface, Kevon and Melvin Edmonds as the newly formed group, Milestone, and performed their song, I Care ‘Bout You in the film, “Soul Food,” as well as being featured on the 1997 soundtrack.

In 1999, the two released their second album, It’s Real on MCA Records. The album, which went platinum, peaked in the top 10 position on the Billboard 200 and Billboard Top R&B/Hip-Hop albums

charts.  They also won an American Music Award for Favorite Soul/R&B Band/Duo Group as well as appearing on the soundtrack for the Eddie Murphy film, “Life.”

Their third album “X,” was released in 2000 and was certified platinum.  They also performed “Crazy” on the “Save The Last Dance” soundtrack.  In 2002 they released their fourth album, “Emotional,” followed by All My Life: Their Greatest Hits, on Geffen Records.

In 2013 K-Ci and his brother returned with a new single, “Knock It Off” from the album, My Brother’s Keeper, The Past, the Present, the Future.

K Ci Hailey’s last two collaborations were with Keith Sweat on “How Many Ways,” from Sweat’s Playing For Keeps album, and No One Else, from Snoop Dogg’s critically acclaimed album, Bible of Love.

2020 brings in a new year – a new decade and new music from K-Ci Hailey. There is no doubt that his music will be a delight to fans. Something to look forward to.

“This is a special time in my career, and I am thrilled about signing with P Music Group,” stated Hailey.  “Now is the right time for me to introduce myself to my fans and I promise them they won’t be disappointed in this new chapter.”